Last post by Busnerd - November 01, 2021, 12:39:48 AM
The drivers will all enjoy their air conditioned cabs. For the unlucky passengers on the 34 or so Renault's left in service, they can suck it up like every Canberran has done for the last 30 years and open a hopper window, roof hatch or catch the next service.
52

Last post by Barry Drive - October 30, 2021, 12:50:51 PM
Following on from the Budget is the Budget Estimates, also known as "Inquiry into ACT Budget 2021-22". While it does reveal some new information, it does not tell us much more than we previously knew (or could have guessed).

- 34 buses to be leased; a decision should be made and announced in the "not-too-distant future". No information provided about numbers of buses diesel vs electric. There were no questions about what the funding in the budget actually represents, or why leased buses are being accounted for as capital expenditure.

- the tender for 90 battery-electric buses is in the final stages of documentation and should go out also in the "not-too-distant future". Tenders will only go out to those who registered for the market sounding.

- it is expected that buses from both tenders will be operating by 2022. (Although this would only be a small number from the 90 electrics - and no indication where those initial electrics will be based).

- Tuggeranong and Belconnnen Depots will not be able to support "a large number" of electric buses – but no mention of how many can actually be supported.

- Woden Depot has been re-scoped to provide for electric charging from the start (it was originally intended to be an add-on once the depot was built). The "first stage" will be able to support 50 buses – but there is no mention of when this first stage may be completed. A contract to commence the construction is expected to be signed in the very near future. There is no mention of the previous plan to lease a temporary sub-depot to house electric buses pending the completion of Woden.

- no additional information about bus services to Whitlam, however the transcript from 4 March 2021 suggests it won't connect with other parts of Molonglo - so it is most likely a loop service to Belconnen and/or Jamison.

Read the transcript yourself at: https://www.hansard.act.gov.au/hansard/2021/comms/default.htm#6_ptcsis
55

Photo of the Month / Re: POTM November - voting ope...

General Discussion / Another bus in storage

Last post by Stan butler - October 27, 2021, 08:09:17 PM
This may be old news, but with recent lockdowns, quarantines etc, then I am not getting out as much as I used to......but, I spied another bus in storage in Fyshwick the other day.  This is the storage place opposite the Subaru dealer and the same place where a friend of ours keeps his dinosaur bus.   Anyway, it looks like an old Sydney bus is there now ( I could be wrong about it's origin).

Don't shoot the messager if this has been already been spotted by others, but I've been in quarantine and therefore haven't been out much lately.
58 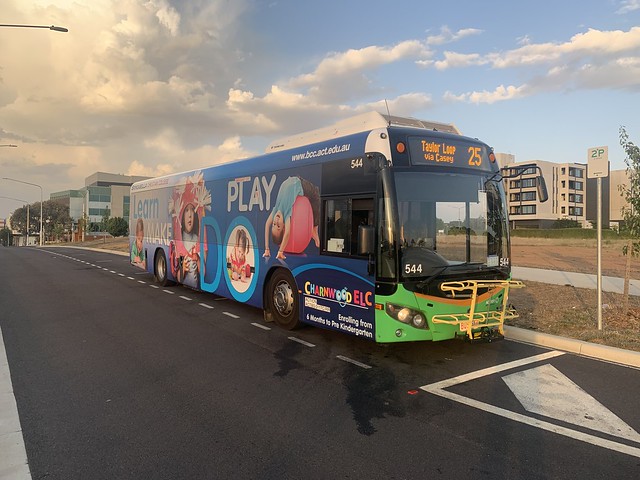 BUS544 by Zac Mathes, on Flickr
BUS 544 on Gungahlin Place in November 2019 wearing one of the many versions of BCC wraps we have seen over the years. 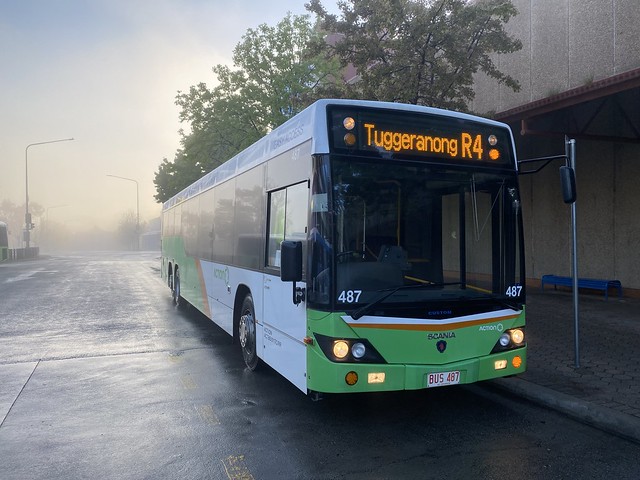 BUS487 by Zac Mathes, on Flickr
BUS 487 "Rubeus" at Tuggeranong Interchange on a foggy morning having completed an R4 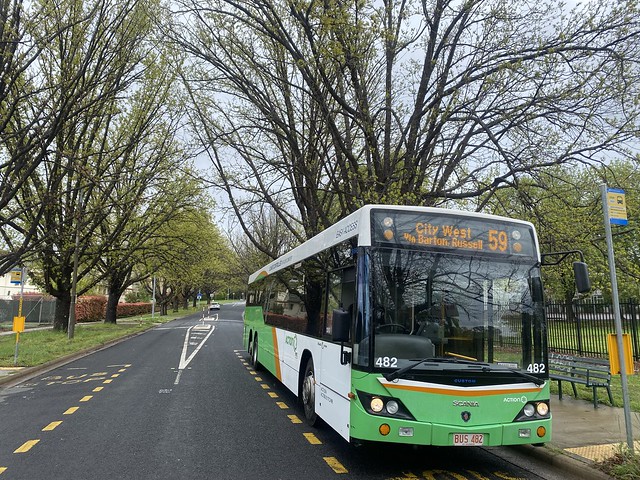 BUS482 by Zac Mathes, on Flickr
BUS482 "Romanadvoratrelundar" on National Cct in Forrest operating a route 59 to City West as the trees start to show signs of Spring!
60

The Playground / Re: What Buses did you get tod...